What Lies Beyond Risk Management? 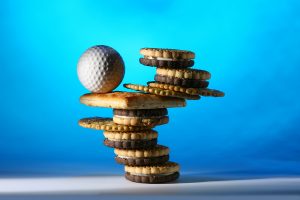 When facing large doses of uncertainty and turbulence risk model-based methods of managing uncertainty are not the best alternative. One thing is to manage an assembly line producing, for example, computer chips, another is to run a company in a globalized, turbulent, chaotic, non-stationary and shock-punctuated economy. Some things can be accomplished via mathematical modeling some cannot. Sure, you can model anything. Nobody can stop you from dreaming up an equation based on which you invest your own savings or those of other individuals. That is not the point. The point is that some models are unable to produce results that would be good enough to justify the effort of building them. Why is that? Those who have two or three decades of experience building math models know that: the most important things in a model are those it doesn’t contain.
You just cannot incorporate everything into a model. It would take ages to build and, once you’re done, things will have changed, making your model outdated and less relevant. How do you build a 9/11 or fraudulent behavior into a risk model? How do you incorporate insider trading or the sudden default of a large bank into a risk calculation of a portfolio? You cannot. It is not about the probability of these events, which, to a certain degree can be estimated. It is all about their consequences. These are extremely difficult to define and quantify. When it comes to modeling risk models are particularly difficult to build. First of all, risk is not easy to define. Risk is a reflection of a (subjective) perception of the level of regret one experiences once a hazardous situation has materialized, such as loss of life, equipment or money. However, the more individuals you ask to define risk the more “definitions” you will get. It is not easy to imagine that if something is not easy to define, it will be even more difficult to model. And once you’ve built your model there will always exist important elements or factors it doesn’t incorporate. And these tend to be dominant when things go wrong. Experience suggests that in complex systems, critical variables are discovered by accident.

The second problem with risk models is that, in a way, they reflect a veiled attempt to “embrace future events”. This is done via estimation of probabilities. Probabilities, however, are mere post facto statements of the obvious. For example, “Smoking causes about 90% of lung cancer deaths in men and almost 80% in women”. This statement is true for that one particular sample of individuals who participated in that particular experiment producing those particular results. There is no guarantee that this same statistic will hold for a different population of individuals in a future experiment. The problem is that: the future is permanently under construction.

Once you’ve “predicted” the future, the events which will lead up to it will be modifying it constantly. You won’t know the future until seconds before it actually happens. Knowing the probabilities of past events won’t help when it comes to speaking of future risks (risks are always future risks, what has happened in the past has a probability of occurrence of 100% and no longer constitutes a risk). In reality, events happen independently of the probabilities of occurrence we assign to them. Probabilities are not subjected to any laws of physics and constitute a formidable philosophical challenge. We believe that risk models, especially those based on the calculation of probabilities and probability distributions, are not the best alternative when it comes to managing uncertainty. Since risk is an arbitrary and emotional function of uncertainty, it’s really all about managing uncertainty, not so much as managing risks. The problem of managing uncertainty is already formidable enough. Why, then, add an additional layer of uncertainty on top of things? Why make things even more difficult than they already are? Clearly, a new approach is mandatory.

In “Fooled by Randomness”, N. Taleb states: “Should we ban the use of probability? Most certainly, we humans tend to build the most risks (particularly risks of tail events, of “blowups”) when we discuss probability, so we need to prevent systems from being based on probabilistic computations”.

Our approach to managing uncertainty does not include probabilities. The alternative is significantly simpler than building probability distributions and performing convoluted 8-digit hairsplitting in the vicinity of some elusive tail. We believe that: the most practical way to face uncertainty is to increase one’s resilience.

Resilience reflects the ability to withstand shocks and extreme events. In our turbulent economy resilience appears to be a key feature when it comes to survival. Most companies are well equipped when it comes to facing everyday risks and uncertainties. It is when one faces extreme events that things change dramatically. First of all, you don’t know one is coming until it hits. You don’t know its intensity until you experience it. Each extreme event is different – there is no standard, therefore it is difficult to learn a lesson. Extreme events tend to follow power laws, while the thinking that (almost) everything in Nature is Gaussian prevails. Our economy, thanks to globalization and increasing turbulence will be dominated by extreme events, shocks, crises and bubbles of increased frequency and intensity. Such things cannot be modeled reliably because of the very small number of examples to learn from. Consider the sub-prime bubble. Before the bubble burst, models didn’t even take into account the risk that housing prices may fall. That was an assumption – model building is, basically, a process of making assumptions – which didn’t work. How many more such assumptions are still in vigor in today’s risk models?

The times in which the economy was characterized by cycles, of almost theoretical frequency and duration, belong to the past. What the future holds in store for us is more turbulence, market bubbles, shocks and extreme events. These are very difficult to embrace in mathematical risk models. The 2008 crisis underscores this more than eloquently. The practical alternative, therefore, is to robustify a business as this will help when faced with a situation of crisis. This is exactly how we humans function. One tries to lead a healthy lifestyle in order to have resistance (resilience) when one is faced with an illness, a disease or an accident. The healthier the individual the better the organism will face adversities. Clearly, we humans don’t run a math model of all the potential risks in our brain and live based on the results it provides. That would be impractical and very few people are equipped for such a task anyway. But Nature is wiser than that. Because much of our math is not suited for modeling certain things/phenomena (while it does a great job of modeling others) Nature has opted for model-free methods, i.e. methods which are not based on mathematical equations. For example, you look at a circle and you know it is a circle, without running an equation in your mind to actually check if it is. Making a corporation or a portfolio more robust can be accomplished with ‘more natural’ model-free methods which do not require the formulation of mathematical models of its business. All it takes is data. And an open mind.

Other news in same category...

London, February 1-st, 2020. The Massively Parallel Processing version of OntoNet™ is available for commercial applications at the Bologna-based CINECA Supercomputer Center. MPP OntoNet™ has been developed by Ontonix in collaboration with US-based SAIC, a premier technology integrator solving complex […]

Optimum Launches Portals for Complexity Analysis of Stocks and Corporations

Please read this important information before proceeding. It contains legal and regulatory notices relevant to the information on this site.

This website provides information about Optimum Complexity Limited (“Optimum”).  Optimum is authorised and regulated by the Financial Conduct Authority.  The content of this website has been prepared by Optimum from its records and is believed to be accurate but we do not accept any liability or responsibility in respect of the information or any views expressed herein. The website is provided for the main purpose of providing generic information on Optimum and on our investment philosophy. It does not constitute or form part of any offer to issue or sell, or any solicitation of an offer to subscribe or purchase any investment; nor shall it or the fact of its availability form the basis of, or be relied on in connection with, any contract therefore. This information is directed only at: (i) certain persons having professional experience relating to investments; and (ii) certain high net worth organisations, each as set out under the Financial Services and Markets Act 2000 (Financial Promotion) Order 2005. It is not intended to offer investors the opportunity to invest in any Investment product.  No information contained in this website should be deemed to constitute the provision of financial, investment or other professional advice in any way.  The website should not be relied upon as including sufficient information to support any investment decision.

Although the information in this communication is believed to be materially correct as at the date of issue, no representation or warranty is given as to the accuracy of any of the information provided. Furthermore, no representation or warranty is given in respect of the correctness of the information contained herein as at any future date. Certain information included in this communication is based on information obtained from third-party sources considered to be reliable. Any projections or analysis provided to assist the recipient of this communication in evaluating the matters described herein may be based on subjective assessments and assumptions and may use one among alternative methodologies that produce different results. Accordingly, any projections or analysis should not be viewed as factual and should not be relied upon as an accurate prediction of future results. Furthermore, to the extent permitted by law, Optimum, the investment products it manages, and its affiliates, agents, service providers and professional advisers assume no liability or responsibility and owe no duty of care for any consequences of any person acting or refraining to act in reliance on the information contained in this communication or for any decision based on it.